Well, here we are, at the end of another year, so you know what that means? It’s time for end of year roundups. Ladies and Gentlemen, and everyone between, welcome to the EoE Awards 2018! Kicking off the proceedings this year is my top 10 music releases of the past 12 months. As opposed to previous years, I’m including EPs alongside albums this time round, because there were some strong showings. In fact, I found it incredibly difficult to whittle it down to my 10 top choices, as this year has been excellent for music! I finally managed it though, and these are the best. As with last time, the order isn’t ranked, but alphabetical, with my number one choice at the end. Enjoy! 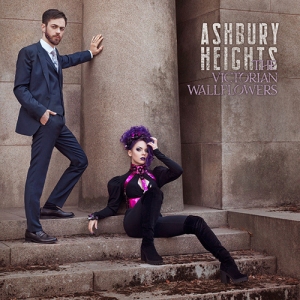 Whilst Ashbury Heights’ fourth studio album may have arrived somewhat later than originally expected, it was definitely worth the wait. This time round, they did a bit more experimenting with other sounds and styles. Ultimately, this didn’t end up being as experimental as it could have been, but this is in no way a negative thing, as their iconic synthpop sound is still ever present, and still extremely pleasing to listen to. Throughout the 13 tracks present on the record, it visits some weird but wonderful places, and there are moments that are truly anthemic. I’ve got to hand it to Anders Hagström and Tea Thimé too, because their vocal performances are fantastic throughout, their duet moments unparalleled. The Victorian Wallflowers manages to be upbeat, danceable and catchy, whilst being moody haunting and Gothic at the same time. It’s a combination that I feel very few artists can get away with, but Ashbury Heights have proven themselves once again. 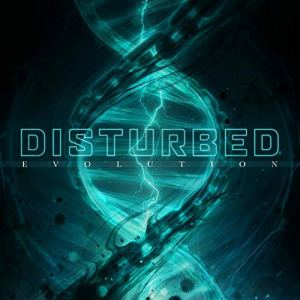 I’ll be honest, a friend (who is a massive Disturbed fan) and myself were taking bets that, on their next album, Disturbed would split the style of tracks 50/50 between metal and ballads. We were mostly right on the mark too, but considering how well The Sound of Silence was received, it’s hard to blame them. It’s a decision that has been very divisive amongst fans and the metal scene alike, but me personally? I love it! The metal tracks are as powerful as ever, with blindingly catchy hooks. On the other hand, the ballads are stunningly beautiful melodies, and I’d argue that they’re the strongest parts of Evolution. The band always packs emotion into their music, but here it feels more raw and impactful than ever before. The heaviness of the metal side and the stunning, harmonic nature of the ballads create an excellent contrast, and it feels like the start of a new journey for them.

Empirion have been off the radar for a long while, but their I Am Electronic / Red Noise EP very much proves that they still have it. In the handful of tracks available on the EP, they’ve not only re-established themselves, but have also made the clear statement that they’re ready to dominate dancefloors once again. We’re talking gritty hard-hitting tracks that are absolute belters, and are destined to become club hits. The beats are mesmerizing, to the point where the listener will find themselves drawn into the rhythm before they even realise it. It’s filled with an intense energy that can only be described as euphoric. If this is all anything to go by, then Empirion’s next full-length album, Resume, is destined for greatness, and no doubt a spot on next year’s top music releases list. They’re stronger than ever, and I can’t wait to see what the future holds.

I’ve always known I:scintilla as a band that is more firmly rooted within the realms of Industrial, utilising programming and electronics over other elements. However, on Swayed, they’ve pushed organic instrumentation to the forefront more prominently. I don’t feel they pushed very far in that regard, but I have nothing against that decision. It results in an album that remains true to their identity, whilst also adding something fresh. The fact that electronic and organic styles meld so well together makes them the perfect companions, and compliments their core sound, the contrast making each distinct approach more noticeable. There’s some breathtaking moments all through Swayed, and there’s a haunting beauty to it. It’s a direction that suits their unconventional musical arrangements, adding a new level of excitement when listening to it.

You know what? Muse’s Simulation Theory is actually a genuinely good album, it’s probably one of my biggest surprises of 2018! The singles they slowly drip-fed to us only improved with time, and the end result is something else. It’s completely bonkers, and will take any listener at least a couple of listens to adjust, but that’s only because there’s so much going on. It has many unexpected twists and turns, bursting with influences, yet it feels like a coherent journey. It’s also the most pop Muse have ever been, being experimental in a way that completely suits their sound, sprinkled with the classic vibe that makes it still feel like them. I find even the weaker tracks are growers, and they’re not particularly bad, they just feel tame in comparison to the rest of the songs on the record. It’s great to hear them utilise different styles and make them their own, just like they used to. It’s the freshest and most creative they’ve been for years, and even if it doesn’t quite reach the levels of their peak, I’d still argue it’s their best work since Black Holes and Revelations.

The third of a trilogy of EPs that got upgraded to full-on album status, and it did not disappoint. What we have here is not only some of Trent Reznor’s most experimental work to date, but also some of his strongest. In the short space of 6 tracks, it covers the entire Nine Inch Nails spectrum. It has aggressive walls of Industrial noise, haunting dark moments of ambience, and schizophrenic changes in progression and pace. In an unexpected twist, Reznor even throws in saxophones, for good measure, somehow making it work flawlessly. Perhaps recruiting long-time friend and collaborator Atticus Ross as a full-time bandmate helped him to fully to realise his vision here. Bad Witch ventures to pastures new, and yet still captures the iconic Nine Inch Nails sound. It was a good move to upgrade this to a full album, as it stands tall on it’s own merits, and not just the final chapter of a trilogy.

As I said in my review back in April, this album is a strong debut for the Sheffield-based duo, which is why it finds it’s way here, within this list! The melding of old-school Goth influences are complimented by modern synthpop elements, and it results in a sound that is glorious. Throughout the record, the atmosphere is beautifully haunting, and is more than enough to draw the listener in, living up to the cinematic promises of their namesake. This theme is prominent throughout Living Ghosts, driving it into the realms of concept, that pulls listeners further into their world of mesmerising soundscapes. The cinematic concept genuinely works in their favour too, feeling completely natural. Even with the influences being clear, they’ve shaped them, moulding them into their own. It’s a stunning record to behold, guaranteed to leave you transfixed. I feel the only way for them from here is up!

The year of music really got off to a roaring start with this album! At only 8 tracks long, and with a 34 minute running time, some might raise an eyebrow. However, this is nothing to be scoffed at, because Rabbit Junk have created a mighty beast. What ensues is an unpredictable roller-coaster that tears through what feels like a ton of different genres and bends the rulebook in all kinds of weird but wonderful ways. Yet, it still sounds like them. The electro is pleasing, beats are hard-hitting and the hardcore elements are more brutal than ever. It creates a dystopian cyberpunk feel, spreading it’s message of rebelling against the authoritarian future we seem to be careering towards. It may be their first full-length album in 8 years, but it’s definitely their best. It’s definitive proof that they can still pull off an full record, and I hope that the wait for the next instalment isn’t as long.

People argue too much that music needs to be “original” to be good, and I honestly think those arguments are extremely unfounded. Debut EP from Tankard Haus, Stalkers, proves this. It’s not original in terms of sound, but the Birmingham based trio more than prove their worth here. The four tracks they’ve created are not only catchy, but are filled with anthemic qualities that are more than enough to pack out dancefloors. Each song explores different themes, giving the individual tracks their own edge. “MMXV” really sets the tone, not letting up, whilst title track “Stalkers” in particular is addictive, a definite earworm, “Advance” delivers a much more aggressive tone, closing with the more reflective feeling “When I Fall”. There’s a collection of great remixes too, that add interesting takes on these songs. It’s all killer no filler, and proves that the future is bright for the EBM/Industrial scene.

Album of the year… 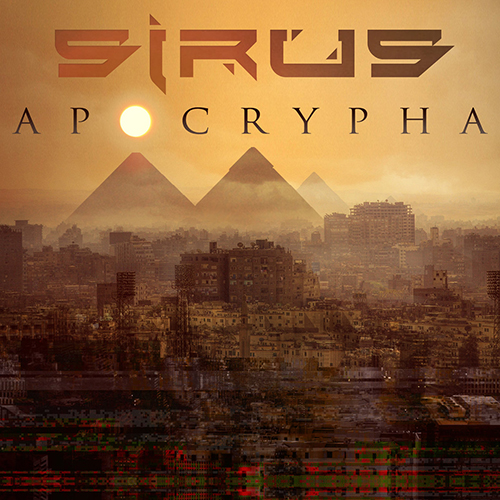 As soon as the final haunting notes of Sirus’ Apocrypha played out, I had no doubt in my mind; this was my top album of 2018! It’s one of those albums that is a special occasion, that comes around once in a blue moon. The ambition here is unparalleled. First of all, in the way it sounds. Whilst it uses Industrial as the basis, it constantly changes and evolves, continuously adding elements of different genres, making it exhilarating to listen to. One minute you’re listening to the barrage of electro elements in “Singularity”, the next a Hardstyle dance beat that suddenly gives way to brutal metal, before casually returning to electro in “Decode and Devour”. That’s not to mention the rap/hip-hop infused “Deep State”, as well as the drum and bass inspired breakdown in “Symphony of Revenge”. These are just a few examples of genius that Sirus bring to the table. Each track has it’s own sense of character, yet it all still feels like one consistent package. There’s a new surprise around every corner, whilst keeping true to their core sound. This is all aided by the fact that it’s an incredibly well realised and intelligent concept album, telling the tale of rogue AI and of life being a simulation designed to torture us. It’s absolutely fascinating, if a bit terrifying. With technology constantly advancing and political/corporate agendas becoming more questionable by the day, I’d say it’s within the realms of possibility. The presentation of Apocrypha is the inevitable evolution of the themes that Sirus have explored previously, and the statements here are stronger than ever. The use of Egyptian mythology to help blend it all together, not only creates some extremely clever metaphors, but also bleeds into the overall sound of the music, resulting in some breathtaking moments. It’s all so concise, and so well crafted, that it honestly feels like the soundtrack to a film, and it should become one too. It’s powerful, brutal and beautiful all at the same time. Sirus have taken all these elements and made them their own, making it an epic journey, and one that should be experienced from start to finish. It’s truly Sirus’ magnum opus.