Right off the back of their stunning latest album Black Anima, Lacuna Coil hit the road, embarking on their tour in support of the record. Starting in the US, co-headlining with All That Remains, the tour has seen them reaching Europe, alongside Eluveitie and Infected Rain. I managed to catch the trio of acts on their last UK show of the current leg, at London’s O2 Forum in Kentish Town.

From the moment Infected Rain hit the stage, the night got off to a roaring start, quite literally! The hall was filled with the sounds of brutal metal riffs, and powerful beats, boosted by frontwoman Lena Scissorhands vocals. She boasted a stunning range, switching between melodic to a razor-sharp guttural growl. Sonically, it was an absolute powerhouse, that injected the room with an adrenaline that was more than enough to set the scene for the rest of the evening, and then some. They appear to have gained momentum quite quickly in their career, and it’s easy to see why. I’m honestly surprised that they’re not bigger still (and that this was my introduction to them!) The only flaw, was that they were on-stage criminally early, meaning attendees were still shuffling into the venue as the band started. It would have perhaps been more ideal to have opened the doors slightly earlier, so that everyone got to experience their set properly. Alas, that was no fault of the band’s, and it’s the perfect excuse to see them live whenever they tour again… as if I needed one!

Next up, it was time for co-headliner Eluveitie to shine. Shockingly, this is yet another act that had fallen off my radar, and after this show I was kicking myself for not listening to them sooner. Needless to say, their set was mind-blowing! For a start, the combination of metal and traditional folk music was genius. Sure, that combination has been done plenty of times by other acts, but the execution of it here was something else. The metal elements were mighty and impacted with a real bulkiness, yet were complimented by the folk instrumentation. All nine band members bought something different to the table, each one feeling like an integral part of the music. I think it’s the only time I can ever say that a singer can get away with roaring into his mic with a viscous force, before proceeding to play a jaunty flute melody. Perhaps at times it was a bit too loud to make everything out clearly, but the unique take on the blending styles, and the spectacle of it all, kept the audience hooked till the end. 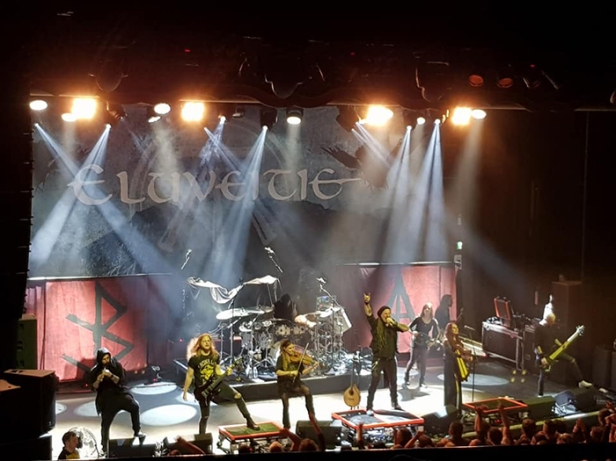 Last, but by no means least, Lacuna Coil took to the stage, and they rocked harder than ever. The band had an undeniably solid presence, performing with prowess and professionalism, the audience latching onto Cristina Scabbia and Andera Ferro’s every request to them. I’m not sure if it was just me, but the heaviness of their latest record seemed to not only be reserved for their new material, but also resonated into the older tracks they played. This made their show flow incredibly smoothly, everything slotting together into a neat package. For the most part, it was a high-octane thrill-ride, only slowing in pace at the right moments. This didn’t stop the moshpits forming, of course, even on a few slightly odd occasions. Surprisingly, the Black Anima tracks didn’t begin creeping into the setlist until a few songs in with “Layers Of Time”, but this only added an exciting unpredictability to the proceedings. Speaking of which, a personal highlight for me was experiencing “Cybersleep” (from 2014’s Broken Crown Halo.) This a moment I never thought I’d get to have, and it was well worth the wait! Overall it was an excellent mix of tracks old and new, striking a good balance. They even managed to sneak in their Christmas-themed number, “Naughty Christmas”, at the start of their encore. I’ll admit, I’m not a massive fan of the festive season, yet this still managed to put a smile on my face, especially as both singers donned Santa hats for the occasion. If I’m nitpicking, it would have been nice to have had one or two more Black Anima songs played, but that’s probably me being greedy. Besides, Lacuna Coil had decided to chose this particular show for the live debut of “Save Me”, which made it a rather memorable point (and quite an emotional one too.) 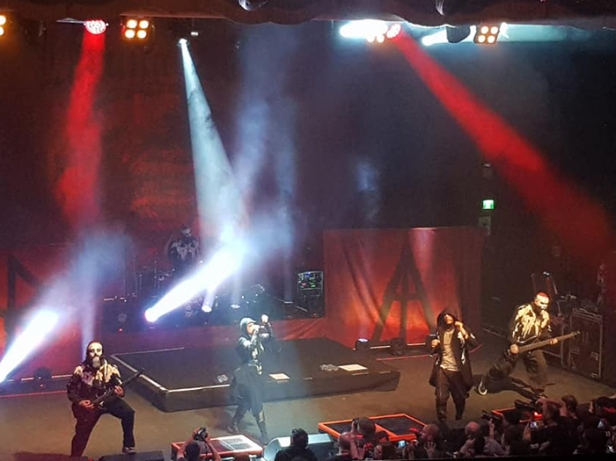 This gig was one of those rare occasions where every single act was superb. That’s not to say that the line-ups haven’t been good at all live events, it’s just that each of the bands who performed had that extra level of greatness to them. In fact, there was such a high level of quality on display, that I’m still genuinely struggling to decide who was the best out of all of them. However, I can definitely say that Infected Rain and Eluveitie have very much gained a new fan right here! In the end though, they’re all winners, and so are those of us that attended this show. 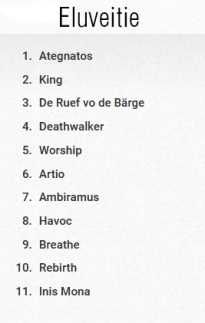 Special thanks to Vara Phillips for the photos.